It was the last day of Ramadhan and whilst the muslims woke for sahur and subuh prayers, VT and Claudine were making their way to Melaka. Rendezvousing at Paku Pakis Farmstay, all Interstate 5 participants were generously treated to fresh durians from the fruit orchard, courtesy of the Tay family.

It was indeed an overwhelming event that saw more than 30 riders coming together from Kuala Lumpur, Selangor, Johor and Melaka. While most of the riders from up north had come by train a day before and the Melakans had had the luxury of riding to meet up point on the same morning, what was left in the care of Abu when we finally rolled out were 2 cars; belonging to VT and Seng Kiat who drove from home. 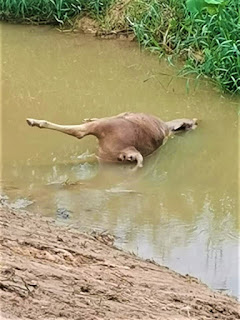 At Kampung Ulu Duyong, we made our first official stop. As everyone were taking sips of water from their respective water bottles, the distinctive smell of woodfire wafted through the air. Up on the road on M109’s Jalan Jasin, a malay trader was roasting lemang, cashing in on tomorrow’s festival of Hari Raya, which marks the first day of Syawal and the end of the fasting month for all muslims. 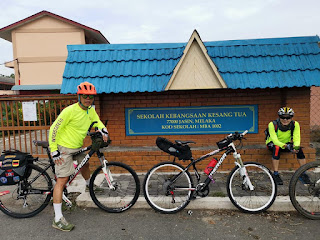 The trunk road to Jasin was an unpleasant narrow route filled with cars. We were all on full alert, stopping less than 10 km later for regrouping at S.K Kesang Tua, a school in Jasin. The gates were locked for mid-year school break which happened to coincide with the Raya holidays, thus cheating the school children off additional leave!

Regrouped, we did not roll more than 200 m when the back riders called for a stop. A tyre puncture equates to additional rest time and a “stolen” mango picked up from a remarkably dry and clean drain by Ivan! Thankfully, we did not wait to get caught for Captain Kim Chai had the good sense to split the group in order for the rest to go ahead. 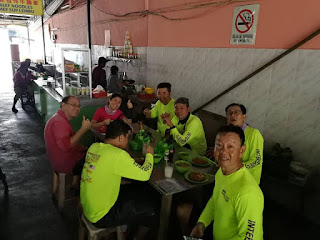 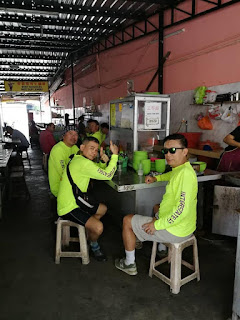 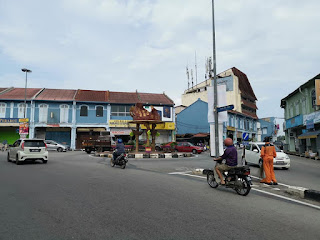 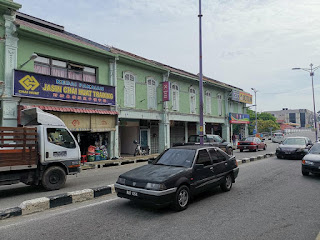 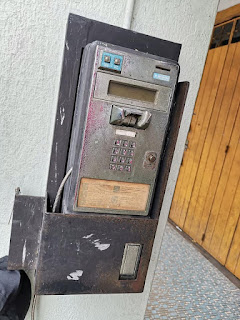 Arriving in Jasin, we were disappointed the promised beef noodle was not opened ending an unnecessary debate on beef, religion and being vegan! Splitting the group into 2, some chose to dine over coffee shop fares while some enjoyed eating over a dingy food court set between 2 shop lots with zinc roofing. Our short stay at Jasin can be summed up as small town with a small roundabout and a monopoly of Indian traders! 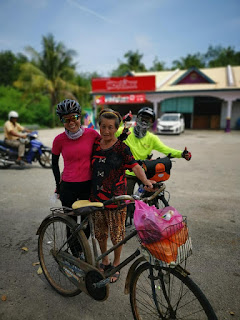 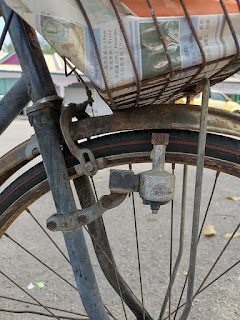 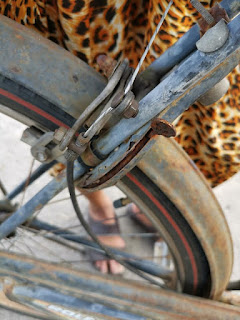 Moving on, we headed for Asahan. Scattered along the road, led by 2 group leaders, Meng found himself riding alone with no sights of the leading group nor the back riders. Thankfully, his sixth sense made him stop at the junction to Asahan. Rescued by Bert, they both rode on to Simpang Bekoh where VT, Kelvin and Claudine were waiting.

We had a simple lunch at Asahan. The economy rice spread were painfully sparse but surprisingly delicious especially the stir fried spinach. The noodles though were a bit lacking. 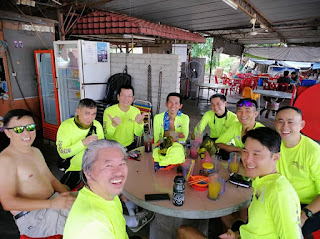 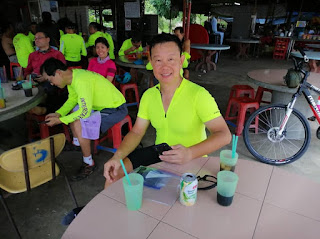 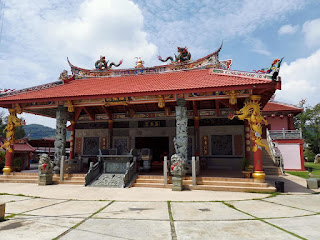 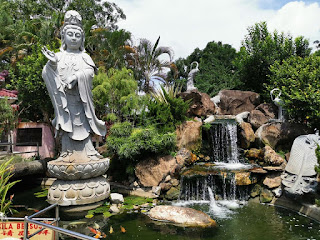 It was scorching hot when we headed out to Jementah. Flanked by palm oil estates, the route did not offer any shades. Everyone were flushed red  when we finally made the stop at the food court next to Jementah’s beautiful temple.

Heading out for our last 21 km, half the riders drenched themselves at the taps, a cooling respite from the heat. However, this was just a short measure as the blazing sun was quick to dry everything up!

Entering the town, we came upon a water edge. Hotel Golden Lake, located a few hundred meters away, must have drew inspiration from this body of water. Boy, were we relieved to finally roll to a stop! 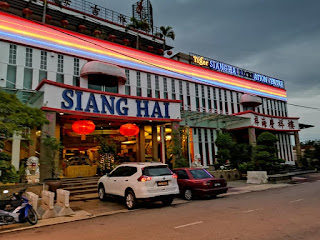 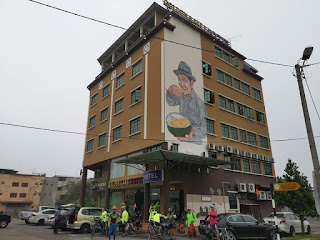 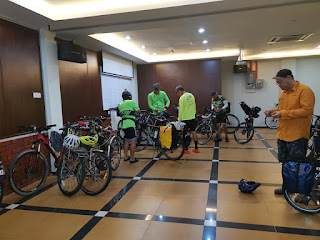